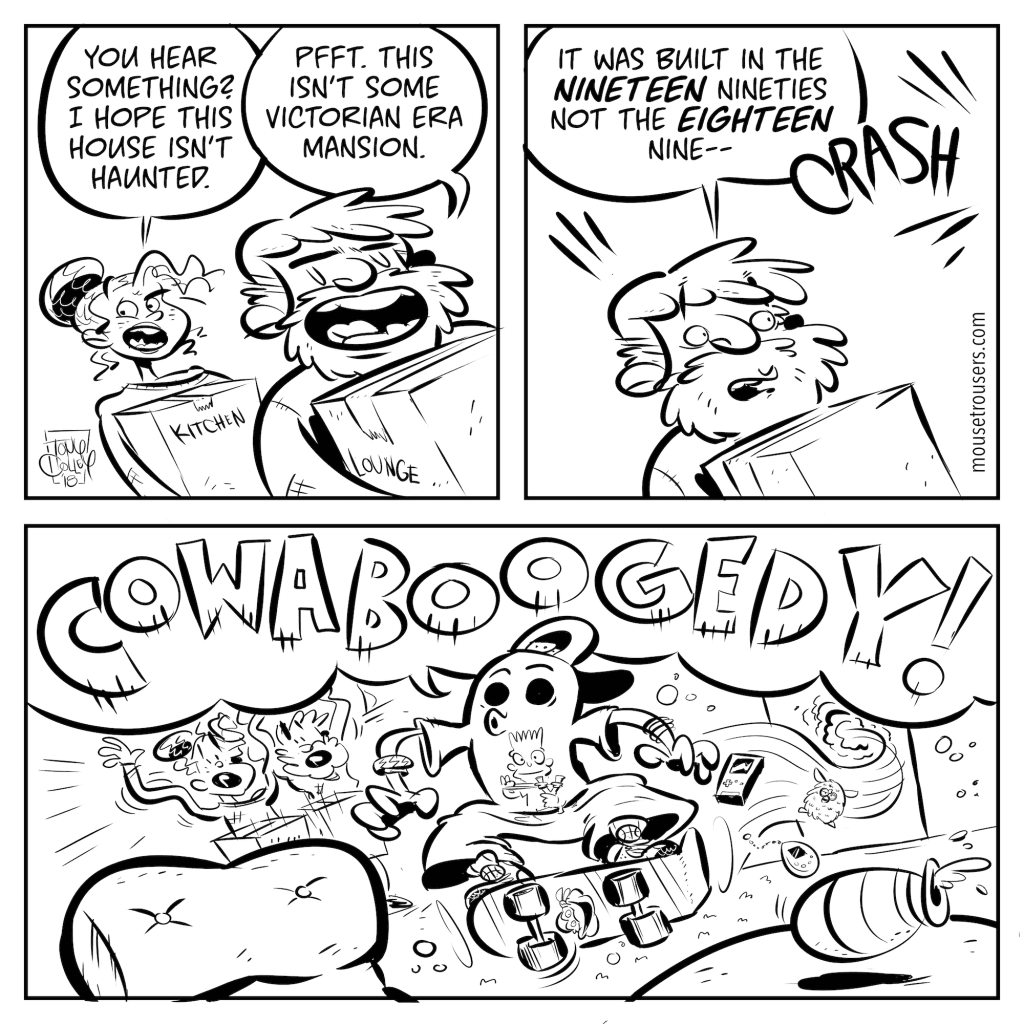 A woman and a man are carrying moving boxes.

Woman: You hear something? I hope this house isn’t haunted.

Man: It was built in the NINETEEN nineties not the EIGHTEEN nine–

He is interrupted by a loud CRASH.

The man and the woman freak out as a nineties ghost zooms through their living room on a skateboard, knocking over a vase full of water on the coffee table. He is a typical sheet ghost but the sheet has Bart Simpson on it aiming his slingshot. Also the bottom of the sheet is JNCO jeans. The ghost is wearing Reebok Pumps and a backwards baseball cap. He’s wearing a snap bracelet on one arm and some rubber bracelets on the other. Behind him is a Nintendo Gameboy and a Tamagotchi he has dropped. On the bottom of the skateboard is a smiling Ninja Turtle face. It’s a black and white comic but in my mind it’s Michelangelo because he’s a party dude.