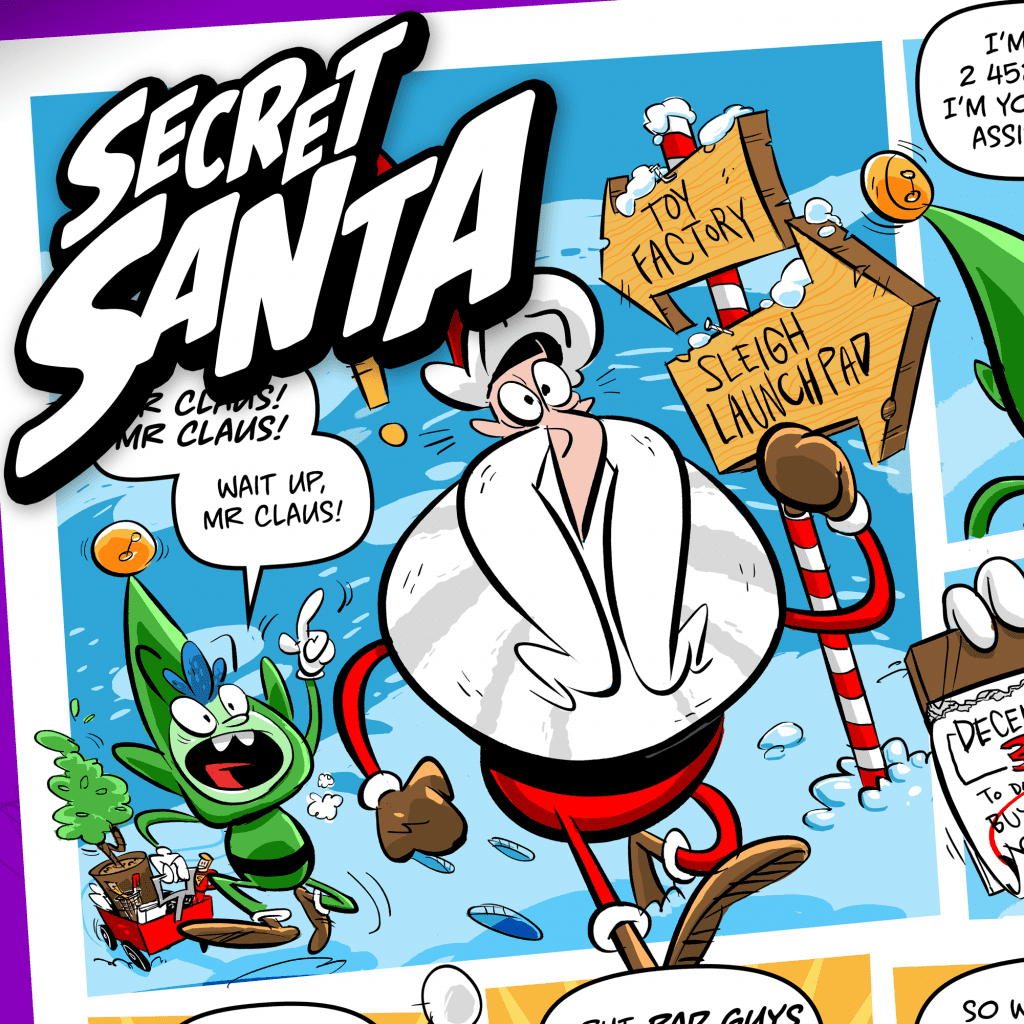 What does Santa Claus do the other 360-something nights of the year? Fights crime, of course.

And why not? He already has a secret base, an awesome flying vehicle, and the naughty list makes a perfect crime database. The only thing he needs is a sidekick… but the elf he’s assigned isn’t exactly hero material.

I’m thrilled to announce that Secret Santa: New Year’s Thieves, has been published by The School Magazine!

Secret Santa, Cappy, Comet and Nanette attempt to stop a bank robbery on New Year’s Eve. But it’s not just any thieves, it’s the World’s Best Burglar, Napoleon Nabb and his henchmen!

You can read Secret Santa on the back cover of every issue of Countdown, Blast-Off, Orbit and Touchdown in 2020!

We use cookies to ensure that we give you the best experience on our website. If you continue to use this site we will assume that you are happy with it.OK